Oblivion is the quintessential role-playing game for the next generation and another leap forward in gaming. Step inside the most richly detailed and vibrant game-world ever created. Oblivion is the latest chapter in the epic and highly successful Elder Scrolls saga and utilizes next-generation video game hardware to fully immerse you into the experience. With a powerful combination of freeform gameplay and unprecedented graphics you can unravel the main quest at your own pace or explore the vast world and find your own challenges.

After the mysterious and untimely death of the Emperor the throne of Tamriel lies empty. With the Empire ready to crumble the gates of Oblivion open and demons march upon the land – laying waste to everything in their path. To turn the tide of darkness you must find the lost heir to the throne and unravel the sinister plot that threatens to destroy all of Tamriel. 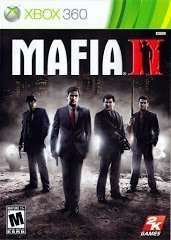